“Advertising both follows and leads to change.” – Andrew Solomon, The New Yorker

There is an effective trend I’m seeing in emerging media and digital storytelling that not only can “lead to change” in society, but builds buzz for the brand at the center. This branded content approach is one that shows situations that “provoke controversy.”

“Today more than ever, marketers are considering the use of short film or videos to help convey messages in a very visceral manner. The ultimate success with this tool is having the video become a buzz builder to the magnitude of becoming viral… meaning that it becomes popular through incremental social media sharing” – Dr. Dawn Edmiston.

Honey Maid recently launched their “This is Wholesome” video series. The series shows a range of different families that are in contrast to the “normal” traditional family structure. There is a rocker family, a single dad, bi-racial parents and two gay dads.

Over the past year, several brands have tried this approach with great success in building buzz through controversial subject matter. Cheerios has many well-produced ads, but the one that got the most press, the most online conversation and the most views are biracial ads, “Just Checking” in 2013 and “Gracie” in 2014. Each has over 5 million online views and sparked a viceral online dialogue. For perspective, most of the Cheerios YouTube videos have under 30,000 views. 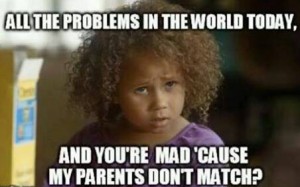 Cornetto Ice Cream has a series of “Cupidity Love Stories” that focus on those chance encounters of falling in love. But which story got the most interest and a write up in AdWeek and Huffington Post? “40 Love”, the story about a lesbian couple. It has over 750,000 views compared to an average of about 30,000 for the other videos.

For Honey Maid, the controversy, buzz building and fodder for bloggers and reporters alike was the gay dad ad, “Dad and Papa” with over 300,000 views. Others in the series average 20,000 views. Honey Maid takes the message one step further than the other brands by tagging all of the videos with “This is Wholesome”. Like their graham crackers, all family structures should be valued for the ingredients and love that make them special.

Visualization can lead to change in perception. I truly believe that Morgan Freeman’s role as the President of the United States in the 1998 movie Deep Impact , helped people positively visualize an African-American president. We got to see a glimpse of how it would be, and it normalized the issue, even if just a little bit. 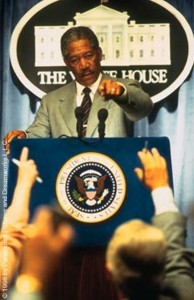 It only took 10 more years (3 elections) to make an African American president a reality.

If the brand wants to be part of the conversation, the brand needs to give people something to talk about. As long as the messages hold true to brand ethos, provoking controversy is one way to do that.At the end of the day, it’s all about business. And if companies are smart, they know that “any press is good press”. They should not worry about alienating people, but go with the non-mainstream messages that reflect their brand values. Differentiate, make a statement, and support a wider variety of consumer lifestyles. With the advent of social media and consumer-generated content, they will always have vocal people supporting and praising their decision along with those that don’t. Creating conversation and change is the new spirit of advertising.